Terry can have a small wait. Contact him to find out availability.

Email to book a consultation.

The Owner and one of CAT TATTOO's multi-award winning artists, Terry Mayo's interest in the creative arts and what would later develop into a successful Tattoo career began at an early age. Always drawing as opposed to playing with toys and dabbling in usual child activity, Terry was first exposed to the industry during the sixth grade.At the time Terry's attention was focused on the artwork of various artists who would inspire him to try different styles, some of these being CARtoons Magazine, (A Big Daddy Ed Roth publication) which advertised tattoo products in the back. "Along with Ed Roth's work it was the most edgy art I had ever seen." And it was these sort of magazine's along with comic book artist legends such as Frank Miller, Todd McFarlane, Sam Kieth, Jae Lee, and Frank Frazetta that later influenced Terry's own understanding of what looked on the 'edge'. With all this material to inspire his creativity, Terry ironically first began making money off his talents by receiving lunch money as payment for temporary tattoos and line work on kids at school, and thus Terry continued on to pursue and use his artistic abilities in several ways, "During High School I was hooked on comics. Learning to draw the human form doing most anything, I tried to break into the industry for years. Doing a small body of work, including a forty-plus page comic book of which the pages where fully painted, but it never got me where I wanted to be." Tattooing out of his house at twenty years old after being exposed to the Tattoo world but a year prior, Terry managed to finally get his foot in the door with the photos and full color comic book as examples of his artistic talents. Landing a job at Tigger's, for the next five years Terry would learn many lessons about the industry, and tattooing in general. Using everything he'd picked up from childhood to working in Tigger's shop, Terry Mayo opened CAT TATTOO at twentys-ix. "I wanted my studio to excel beyond what the present studios had to offer. CAT TATTOO was the first all custom tattoo studio in the Dallas, FT. Worth Metroplex. Spending two decades promoting and building my studio's reputation, CAT TATTOO is now a cornerstone of the tattoo industry for Dallas if not Texas." 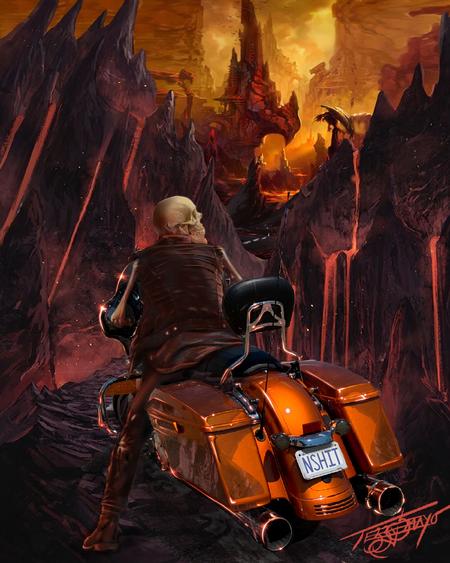 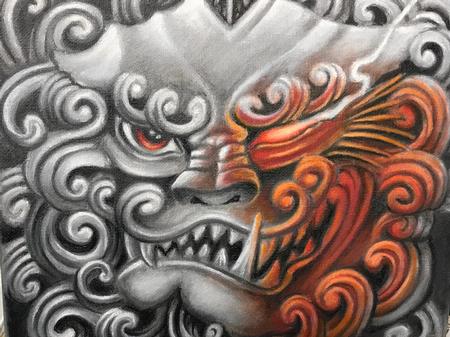