Jhon Gutti is originally from Colombia (South America).
His interest in tattooing began at the age of 15 upon receiving his first tattoo.
Some years later, while  studying architecture, Jhon realized that it wasn't for him and decided to dedicate his life to the art of tattooing.
Although Jhon did receive a degree in architecture while nurturing his growing talent and building experience in the world of tattooing, he could not see himself being confined by the structured and rigid confines of demanding architectural protocol.
He enjoys the art of tattooing and especially the freedom of expression that it brings. Jhon feels that life is too precious to be wasting in a career that does not bring him personal satisfaction nor lets him be who he wants to be .
Jhon has been tattooing since 2006 and in that time he has showcased his amazing talent for tattooing realism in black and grey.
In 2014, Jhon left Canvas Tattoo Studio (his own tattoo studio in Medellin, Colombia) so that he could join the crew at Outer Limits Tattoo in Long Beach, California.
He will be traveling the U.S.A. doing guest spots and attending conventions in the months to come.
Please feel free to contact Jhon directly or at Outer Limits Tattoo (long Beach location) for consultations and appointments! 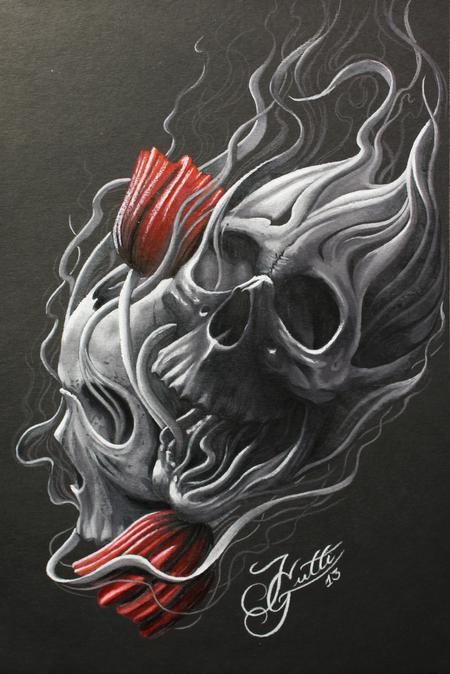