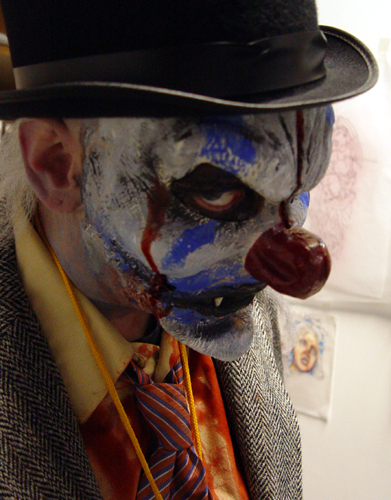 Hello! My name is Jamie Cross. I was born in Cincinnati, Ohio in 1968. I got my first tattoo when I was 13. This older kid just got out of juvenile detention and was tattooing one of my friends. I watched and I wanted one. He wrapped a piece of thread around a needle. Then he burnt a piece of the Cincinnati Post in a bowl until it was ashes. He mixed a drop of water in it and then started poking a cross on my finger. I was so amazed that I didn't even feel it. Before you know it I started carving up everyone in junior high. Parents were not happy but it didn't matter cause my dad was big! But I did get my ass beat when I came home with that cross on my finger. I asked why; when you have tattoos all over your arms. He said these tattoos have meaning. He never told me the meaning of the hula girl. Anyway, I had always been into drawing and painting so I continued carving kids up. I met this kid named Mark in high school and he had a cassette motor connected to a pen. He helped me make one and that was it I was doing tattoo parties. I met this older kid named Barney Hewitt who had a real tattoo. He was tattooed by Dana Brunson. This was in the 80's and he was the only one around. Now there are a lot of great artists in Cincinnati like Jimmy Shadow, Jamie Edwards, Cory Flatmo, and Mike Dorsey to name a few. I got my first real tattoo in Dayton, Ohio by an old guy named Glen. It was a little room in his basement. There were designs all over the walls. My eyes went right to a skull and I said "That one!" That was the start of my new addiction. I needed more. I moved to Westfield, MA in 89. I found a tattoo magazine and saw an ad for tattoo equipment. I saved some money and drove to New York to get it. I continued tattooing the neighborhood. I tattooed this guy who worked at a head shop and he said it would be cool to tattoo at a head shop. We went to the town and got everything legal. Cool, I had my first job tattooing. Vibrations Smoke Shop (thanks Don King R.I.P.) After a couple of months Tim Brewer from Body Graphics came by and offered me a job. Now I had some teachers thanks to Tim Brewer, Brett Bryan, Paul Musso, Gypsy Putman, and Rob Matfess. Thanks! After 5 years I moved on and worked at other shops. I would like to thank them all. Greenman Tattoo, W.Hartford, CT, Pisst Fish Tattoo, W.Spfld, MA, Art For Life, Brattleboro, VT, (thanks Mike C.), Lucky's Tattoo, Northampton, MA, Body Graphics North, Spfld, MA, and now I have my own shop Nitemare Tattoo, Westfield, MA 413-572-0437. This is where I tattoo, paint, and do digital art. So if your in the area stop by and check out our work and our art gallery. peace,Jamie Cross 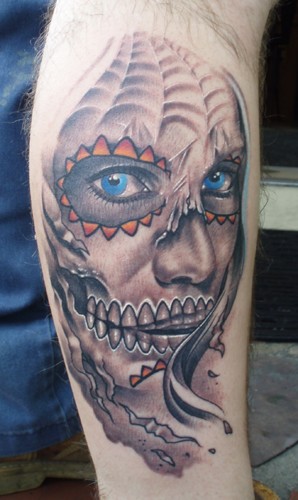 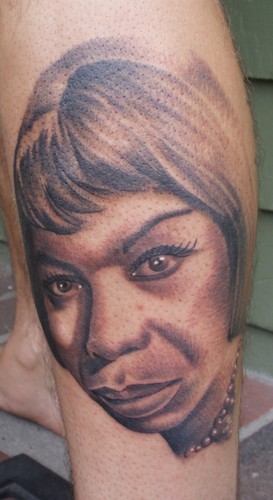 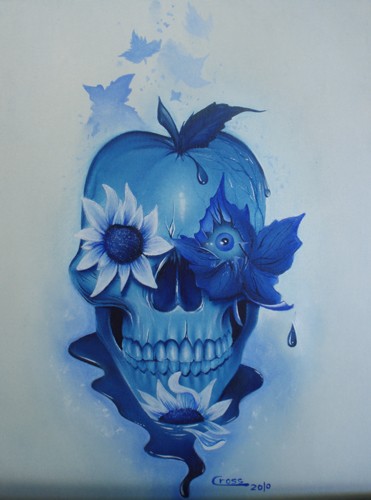 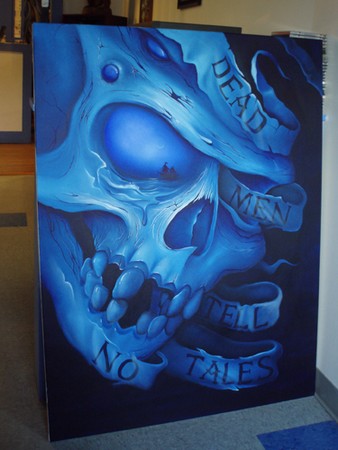