Andrea AFFERNI IS ONE OF THE BEST TATTOO ARTIST WORLD RENOWNED FOR INCREDIBLE REALISM AND PORTRAIT ON SKIN. 36 YEARS OLD, HIS STYLE IS 100% REALISM, EVERYTHING COMES FROM A REAL PHOTO: PORTRAIT, WILDLIFE, FAMOUS PEOPLE, LANDSCAPES, SCULPTURAL….HIS PICTORIAL TECHNIQUE AND HIS SHADING BLACK & GRAY HAS INFLUENCED THE ORIGINAL USE OF INK ON SKIN and his style comes from the pencil drawing on paper and traditional oil painting becouse he has been a pupil of one of the greatest painters of the twentieth century, the Master Alberto Lanteri, portrait painter of Papa Giovanni Paolo II and Queen Elizabeth. In 2003 his work differs from the common rules of tattooing and he invented the ‘Magnetic Style’, in order to express more ‘futuristic and modern’ a central and traditional real subject with geometric frame of lights and shades. In 2010 he was named the Best Portrait Tattoo Artist in Italy and one of the Best Portrait Tattoo Artists in the world by the English pioneer Lal Hardy, in the book “The mammoth book of tattoo art”. Andrea Afferni has won many awards and he has been interviewed on more than 40 International magazines and Art books including ‘Under the skin of rock ‘n roll’ with tattoos based on famous portraits of Rock icons, in “Tattoo realistia’ book , in the book ‘TATTOO Best of Artists’, ‘Tattoos Bright Colors’ Boook and ‘Tattoo’ Book by Logos. He was inteviewed in 2011 on Italia1 “Studio Aperto” during the news with a space dedicated to him entitled real paintings on the skin. In 2010 Andrea Afferni was the first Tattoo Artist in Italy to hold the first Seminar on the technique of realistic tattoo and portrait in black and gray during an Italian Tattoo Convention and he was one of the first Tattoo Artist in Italy to hold face to face seminars to others professional tattoo artists in his private Atelier in the North of Italy, since then other artists have been inspired by his teaching program. Nowadays he holds his Seminar in a very big event in all Continents with the best tattoo Artists in the world … America, Asia, Australia and Europe. In 2012 during Crazy A.I.T.S in Melbourne, Australia: Paul Booth, Bob Tyrrell, Andrea Afferni, Nikko Hurtado, Joe Capobianco & Jime Litwalk. In 2013 and 2014 during Nothern Ink Exposure in Toronto, Canada: Paul Booth, Bob Tyrrell, Andrea Afferni, Boog Star, Nikko Hurtado, Larry Brogan. Andrea Afferni is one of Guest Artists at Last Rites. HE IS A MASTER FOR THE FUTURE GENERATION AND YOU CAN MEET ANDREA AFFERNI WORKING AND LISTEN TO HIS SEMINARS IN TATTOO CONVENTION SCENE AROUND THE WORLD. 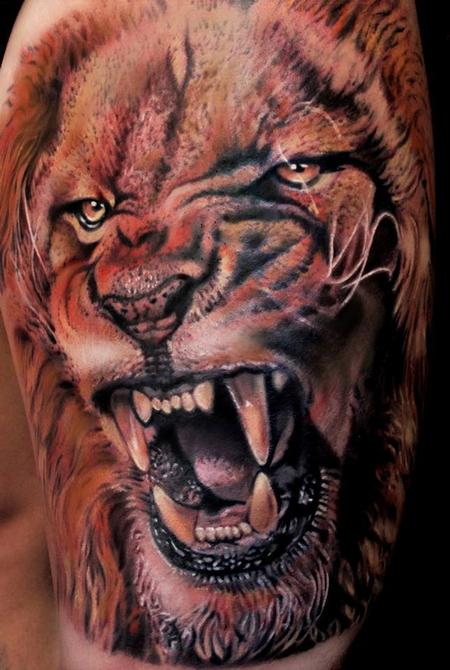