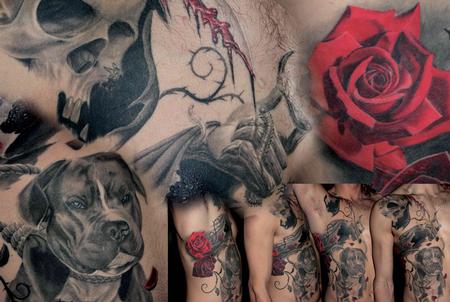 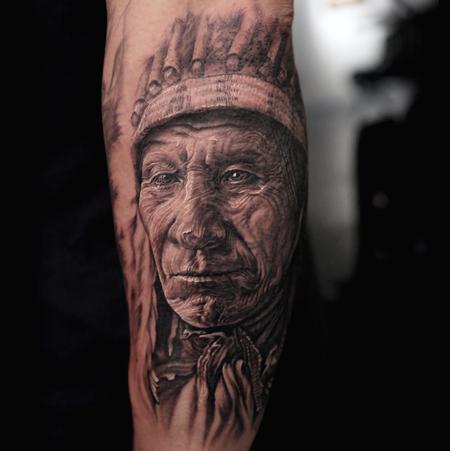 This piece was designed for my client to pay homage to his Pitbull with some elements of roses which he likes and a reaper to reflect the death he escaped from in his own life.  All work is freehand and original.  I utilized reference for the skull, roses and dog.  The tattoo started as a cover-up of a name over his nipple.  The original design incorporated the nipple into it, eventually the client wanted to cover his entire nipple and thus we proceeded to mask his nipple in darkness.