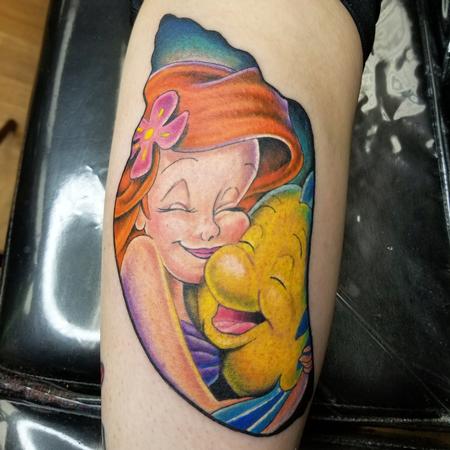 This is one of my favorite tattoos that I've ever done, and it couldn't be on a better friend and person. Thank you Rob for going on this awesome journey and being patient. This tattoo kind of speaks for itself. The story behind it was it initially started out as a haunted creepy ship chest piece tattoo. However, after a trip to the boston aquarium and witnessing how magestic the giant octopus there was, Rob wanted one in the tattoo. I had such an honor working on this for him. The total time on this was around 50hrs.