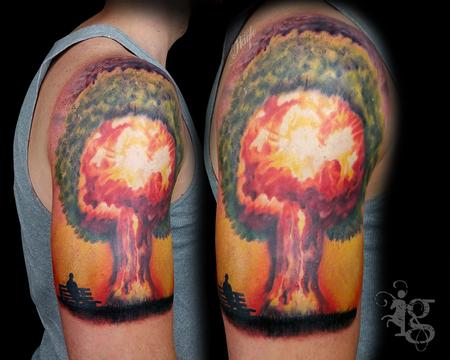 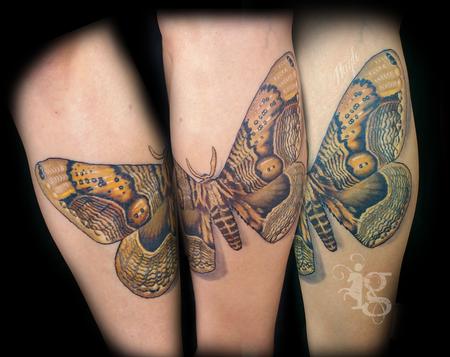 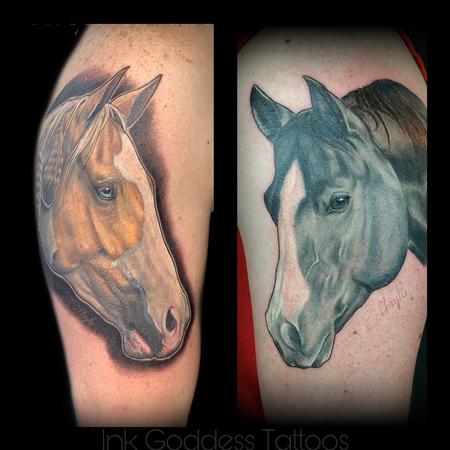 A-Bomb half sleeve tattoo by Haylo

My client requested an A-Bomb inside of a tree with a gentleman sitting on a park bench watching the event take place.

The Atomic Bomb, or A-bomb, also called atom bomb, weapon with great explosive power that results from the sudden release of energy upon the splitting, or fission, of the nuclei of a heavy element such as plutonium or uranium.

J. Robert Oppenheimer is often called the "father of the atomic bomb" for leading the Manhattan Project, the program that developed the first nuclear weapon during World War II

My client's vision was to symbolize growth after trauma. Reincarnation after destruction. The gentleman on the bench represents "watching the show" as history unfolds before our very eyes.

I put so much effort and passion into this design to capture my client's vision of how he wanted to represent the elements and meaning of his tattoo.

He traveled from out of state for every session to complete his full color half sleeve tattoo, and I am so honored that he chose me to be his artist and that I have the privilege of gracing this amazing design into my portfolio.