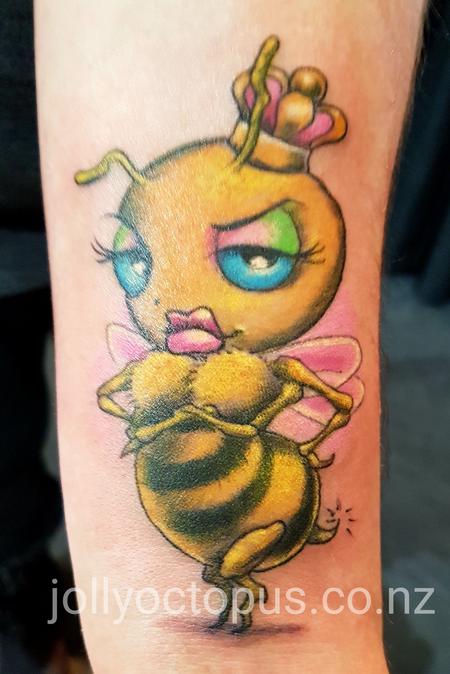 View Large Image
03.13.17 Everybody who's ever come staggering in at 3am knows that look. Your brilliant alibi is a lame excuse, and lame excuses aren't going to cut it. This queen's got the honey, but there's a sting in her tail! My last tattoo at Skindustry 2017 on Sunday was a blast:)