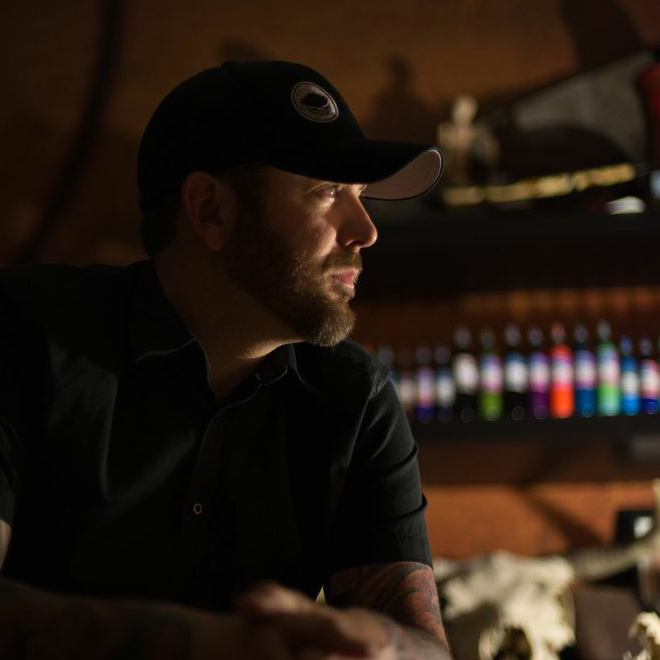 Welcome to the imaginative world of Timothy B. Boor. Whether on skin, paper, or canvas, the creative juxtapositions that Timothy surrounds himself with blend surrealistic designs with realistic elements; while intertwining symbolism and parables with his colorful blends.

It’s not surprising that Timothy’s professional journey has led him towards artistic destinations, as he has been interested in art for as long as he can remember. He grew up mesmerized by painting shows on television and luckily had an intuitive mom who saw his talent early on and got him started taking oil painting classes at the young age of ten. Once he was introduced to the work of Renaissance and Baroque masters, there was no turning back in his desire to learn more; while soon thereafter, finding theSurrealistic movement caused Tim to delve into art like never before.
Though Timothy has only been tattooing since 2007, his work speaks for itself and his portfolio reads like a seasoned pro. It wasn’t long ago that Timothy was working in a factory in Kokomo, Indiana during the day, while learning to tattoo in the evenings after work. A few short apprenticeships left him with basic skills, but Tim felt limited and ended up putting the ink trade on the back burner while he provided for his young family. A few years down the road, Tim gave the artistic dream another shot after his factory job offered him a buyout and provided enough money to get by while he honed in on his tattoo skills and built up a clientele, steadily learning the ropes of the ink world.
Fast forward a few years and throw a lot of hard work and learning into the mix, and you will find Timothy happily keeping busy as a full-time tattooist at Paul Booth’s world-renowned tattoo studio, Last Rites Gallery in New York City. Though the move from Indiana to New York was a big change in scenery, Tim, his wife Kristin, and their three
children love their newfound home there. Given the energy of the city, the inspirational atmosphere that resides there, and the creative team at Last Rites, Timothy moves forward each day with a love for the artwork he is producing and a sincere desire to continue to learn and improve.
When it comes to tattoo work, Timothy loves the concept-driven pieces that are presented to him, especially when a client provides an emotion or meaningful story and lets him visually interpret the idea onto skin. A fan of using symbolism, metaphors, and analogies to convey meanings, Tim enjoys using his mind and likes to figure things out instead of having concepts spelled out for him.
In addition to Timothy’s ever-growing tattoo portfolio, you can often find him creating many other mediums of artwork as well. While Timothy is a fan of digital art, graphite, colored pencils, and acrylic work, his favorite medium is oil painting, of which you can commonly find him transforming his ideas onto canvas in his signature surrealistic style. His paintings, drawings, and of course tattoo work, have been featured in a multitude of magazine and book publications throughout the world.
Now Timothy has moved back to his hometown of Kokomo Indiana to open his own shop The Bohemian Tattoo club and Art Gallery. An upscale tattoo studio with fellow artists Matthew Davidson and his mentor Bradley Pearse . The shop which also features a fine art gallery is one that has to experience firsthand.
While he feels as though he is still in the cocoon phase of developing his art, Tim is ready to spread his wings and grow artistically. He is an ardent fan of learning and improving, and believes in a favorite saying of his which reads: “The wisest man on earth is only wise by first knowing that he does not know it all.” He hopes that you will
continue to follow him on his educational journey for years to come and welcomes you to his flourishing world of creativity. 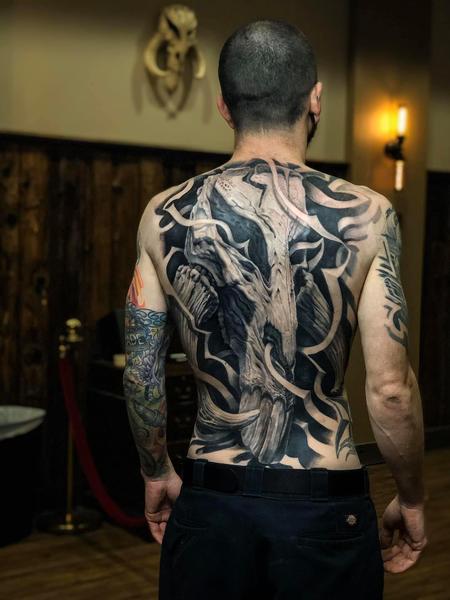 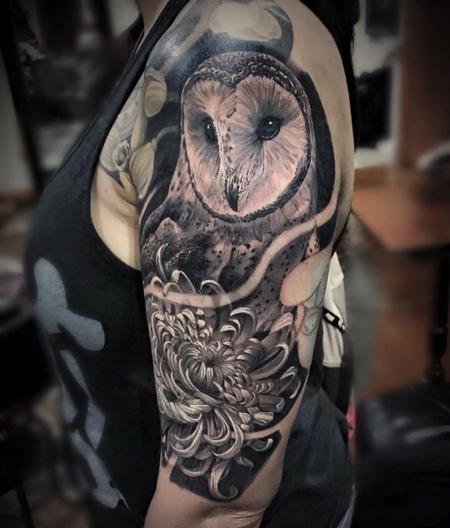 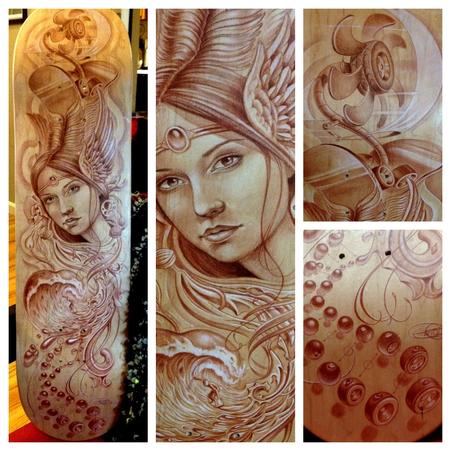 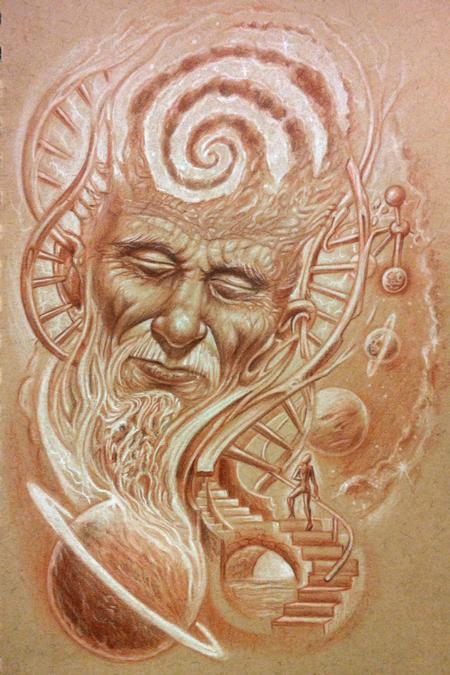 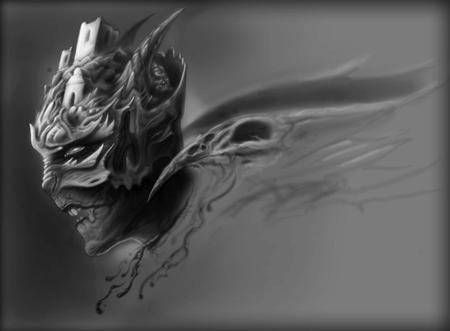