Over time the ideology behind a persons physical height has delved deep into our subconscious- height equals power. Thus, when first meeting Craig Driscoll, one may have the urge to shrug him off and underestimate his capabilities. However, in true Machiavellian form, Craig has taken each disregard he’s been handed and shaped a personality and business that is incomparable to most. He has played out his life in an almost quirky indie film-like fashion, starting out as a child actor in Canada on the hit TV show Degrassi, only to make his way to the top of the tattoo industry by his persistent drive and distinctive character. With a love of Star Wars, painting, booze, and boobs- Craig Driscoll is art personified.
Craig is currently fulfilling his California Dream as owner of a tattoo shop named after his own size, Five Two. The shop, like its creator, is small in dimension but grand in substance. With an open space, windows overlooking the city of San Diego’s Hillcrest, and minimal but superb artwork on the wall, Five Two is unique from the majority. Of course, the defining secret to its success is the artist himself. His boldly vibrant colors are coupled with smooth organic lines. All drawings are exclusive to every client, making each piece a one of a kind. Craig Driscoll doesn’t tattoo- he transforms his clients into individual canvas’ and creates a masterpiece in living form. 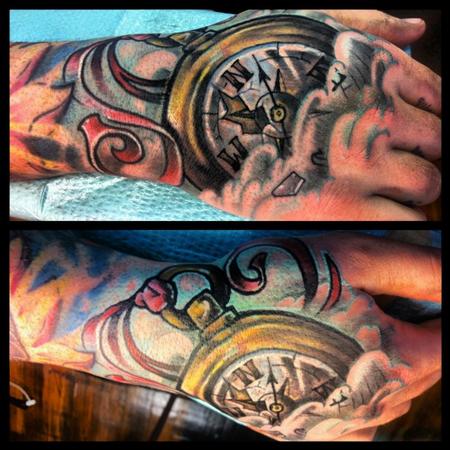 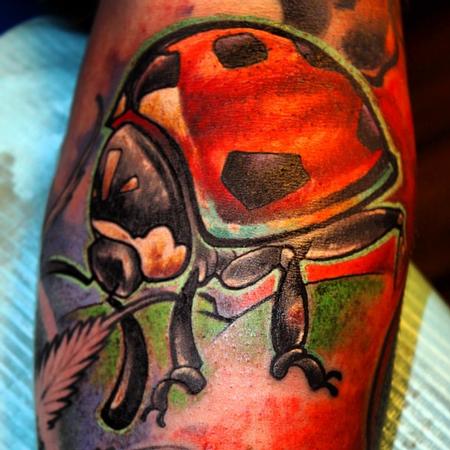 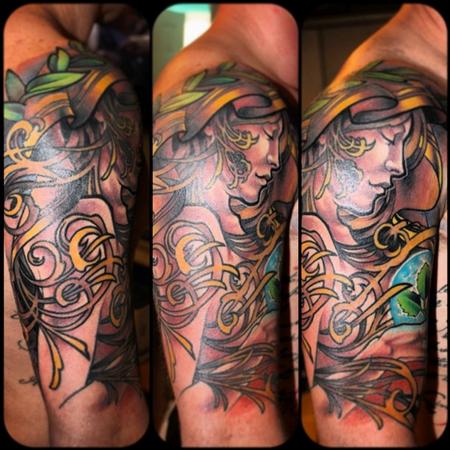