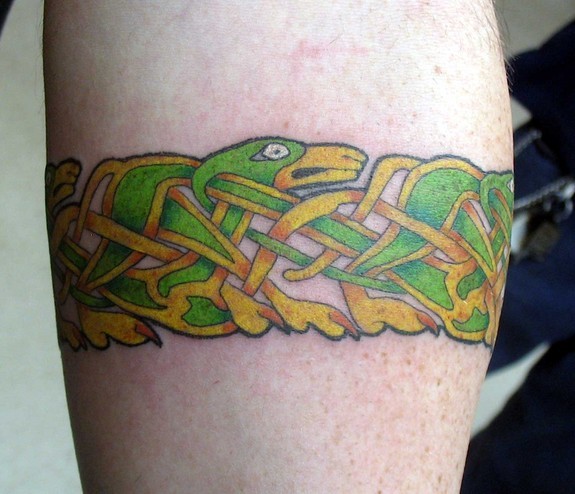 View Large Image
01.25.11 On this tattoo, I was given full reign as to what I wanted to do. He wanted to bring his tattoos to his wrist. I focused on his forearm and felt I needed a central focal point near the ditch and organic imagery for the rest because of it wrapping. So I figured I wanted a creepy face with milky eyes but got nothing when I Googled that so I searched for a pretty face and a bunch of actresses came up so I said what about Angelina Jolie? Found a frontal shot and then started thinking organic black and gray and came to H.R. Giger. Researched some of his images and found one that would allow me to substitute the face for Angelina's The piece was completed at the Old School Tattoo Expo in St. Louis (2010) While I was tattooing him he told me his favorite actress in Jolie.