Tattooing Through The Decades 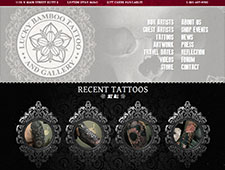 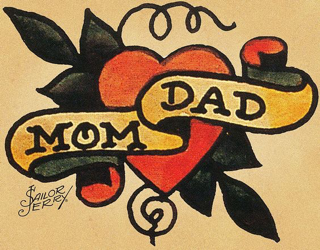 Tattoos have been around for thousands of years, and over the centuries many have enjoyed the huge evolution. In the United States, tattoo trends have evolved a lot in the last hundred years, morphing from an underground seedy practice to a mainstream exploding industry.

In 20th century, tattoos could be found on those society perceived as unsavory or “others" like sailors, circus freaks, prison inmates, etc.  Sailors used tattoos as a way to document their travels, popularizing nautical tattoos like anchors, swallows, and turtles. A swallow tattoo meant that a sailor had traveled 5,000 miles, and a turtle told people they’d crossed the equator. Tattoos were so taboo that people paid to see circus freaks displaying them at sideshows. Navy and Army men could get away with displaying patriotic tattoos, and the occasional civilian could rock a religious tattoo like a cross and get away with it, but tattoos were very much out of the mainstream at the beginning of the century.

Tattoos got a big boom thanks to World War II.  More men got tattoos to honor their service in the armed forces, and, as women filled the void men left in the work force, they too got tattoos to show their support for the USA. Tattoos were no longer just for circus freaks.  More people were beginning to see them as a beautiful art form. Sailor Jerry tattoos proliferated during this time.  Simple two-dimensional colorful designs like a heart drawn around the word “Mom,” hula girls, pinup girls and patriotic tattoos dominated his catalog.

The 60s were a time of cultural upheaval, and the tattoo industry reflected that rebellious spirit. The peace sign tattoo soared during this era. Tattoos became bigger and more intricate in the 70s.  People started to get full sleeves tattooed, and the artwork itself became more detailed, including elements like shading and depth. The 80s encouraged the growth of tattoos as a form of self-expression. Tribal tattoos, colorful tattoos, and thick black line tattoos like the Celtic Knot were popular during this decade. New School tattoos also emerged in the 80s,cartoonish designs that often depicted characters doing unexpected things. Feminine tattoos like butterflies, hearts, stars and dolphins boomed during the 90s. Women also began turning to tattoos to transform mastectomy scars into works of art.

Tattoos really went mainstream in the 2000s thanks to reality TV and social media.  Shows like Inked, Miami Ink, NY Ink, LA Ink, and Ink Master brought tattoo culture into all sorts of living rooms. Advances in sanitation also helped to get more people into tattoo shops.  People who shield away from tattoos because they worried about catching a disease from a needle could now think about getting a tattoo risk-free. The stigma against tattoos went down during this time, encouraging more and more people to get inked all over the place, from the lower back to the inside of the lip.  For the most part, employers no longer look at tattoos as a reason not to hire someone.